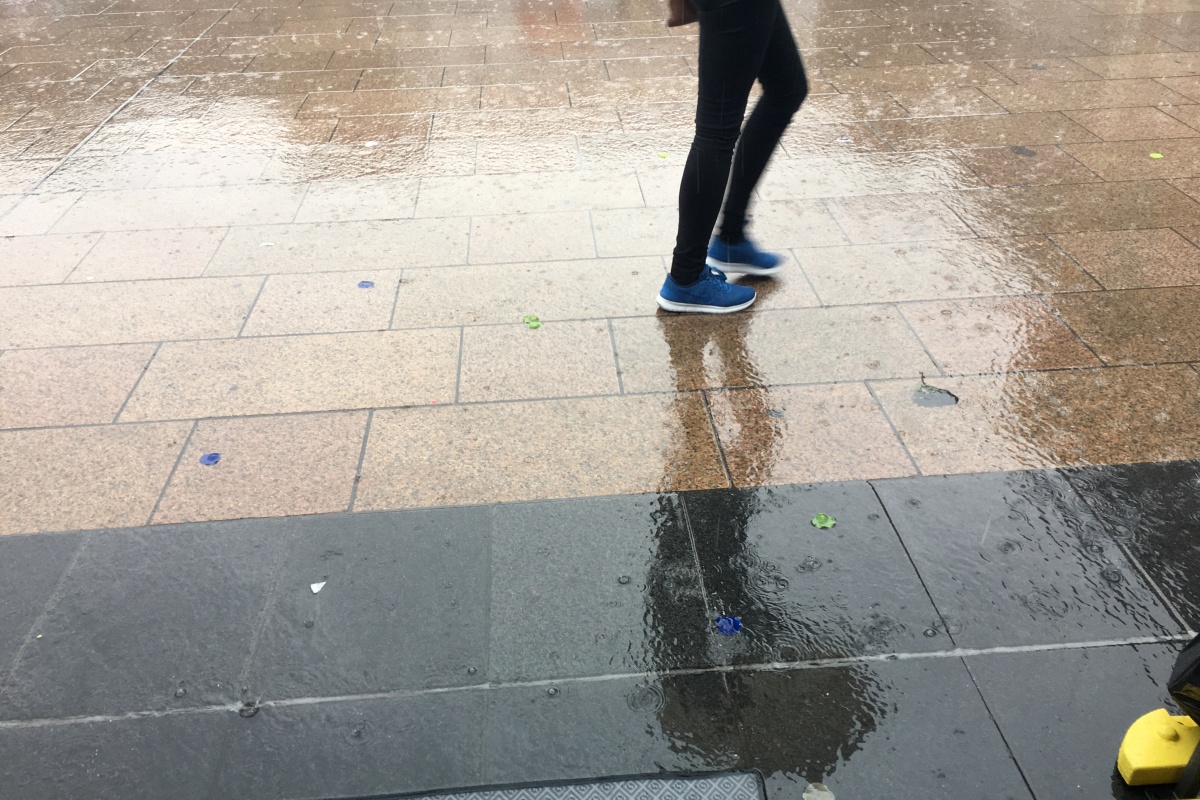 “The sky above the port was the color of television, tuned to a dead channel.” ― William Gibson, Neuromancer, 1984

I was reminded of the opening line from William Gibson’s novel recently, as I peered from under the canopy protecting the Cart from one of our classic British summers. Drab and grey but with a nagging splinter of optimism that made you think everything might come good at any minute. There was a time when many people in Coventry would have said this is how it felt to raise you head higher than the old Woolworth’s sign at the entrance near the fountain in the city centre. A forlorn sky that felt appropriate to those of us being constantly reminded that we’d probably arrived in the city too late to see all the really good things that had happened there. Two Tone, Lady Godiva… the war? A time when a visit to the Herbert Art Gallery and Museum meant a quick tour of the axolotl tank or the (actually truly interesting) short films on the history of car manufacturing, then some wooden things from historical Coventry. And so time dragged for anyone looking for the new cultural order to arrive. And everyone knows that cultural time moves slower than real time. Take that, Einstien.

From my first Cart experience last year at Godiva festival and over a few tours of duty since, I’ve always positioned myself as being sceptical about the amount of art and culture on offer in the city. Not as an actual personal belief, obviously, but as a tactical approach to asking questions and exploring what others might think or know about. I’ve found that there are plenty of creative people and events going on across the city. Literally, across it, as in, not just in the city centre. So all well and good on that score.

But, and this is where it becomes tricky, sharing and increasing audiences for events takes a different sort of energy to being creative. It is possible for ‘anyone’ to put on an event. Most people can hook up a microphone and host an open mic event. Many people can hire a room and start a creative writing support group. A few people can even conspire to hire a suitable venue for a self-penned theatre piece (you just need to persuade the actors, a notoriously stage shy bunch, to perform it). And what if you then want to tap into other genres or performance types? I haven’t seen a grime/ psyche folk hybrid festival in Coventry yet, but maybe I’m not the target demographic. Although, now I’ve pictured it, I want nothing more than for this to happen.

Speaking to parents at a local school, it was obvious that there could well be an audience for most events and kids are pretty forgiving when presented with dubious experiments in genre-mashing. I’ve been told that kids often take to abstract art a lot faster than their teachers do. And given the hunger with which young people consume cultural stimulus (aside to the cynical: not only TV and computer games, but actual real world events), there has to be plenty to do in the city. Our kids just wouldn’t forgive us, otherwise. Parents have to work hard to find them: but then again, parents have always had to work hard to amuse kids! There’s a possible breakdown in things to do between mid-teen years and early adulthood though. And this isn’t to sweep that problem under the paving stones of the city, but that has always been an age group under-resourced by society.

And so to the problem of joining it all up. Nobody is crying out for that grime/ psyche folk open mic night (seriously, I really want this to happen next year at the Godiva festival), so why bother? It is needed because something else happens when different arts join forces. Different people come together and they start to see the world through each other’s eyes. People who have never understood the concerns of other people who live in the same area start to understand, say, why young people have to walk around looking threatening to their peers and older generations. Or the young begin to understand that old people are just young people with a bit of mileage on the clock and they really have done it all before. Or maybe even misogynists start to understand why feminism matters.

I’m not arguing that the arts are the cure to all of the world’s ills. If that were the case then Billy Bragg would have sorted everything out years ago. But maybe one or two people can start to change their perspectives on the city around them. Parents seem to be able to hunt out so many great aspects of the city’s culture, perhaps we all need to support them (and each other, if we are parents), and make sure that our kids understand that everything really is for everyone. They have such open minds; we need to keep feeding them with challenging and intriguing work. Sharing is good.

The author is available for roadie duties on any future grime/ psyche folk events taking place in Coventry.