We took The Cart to Shoot Festival on Saturday. We were interested in exploring the conversations that audiences to a festival of emerging theatre talent and shoppers at Argos might be persuaded to have in exchange for free tea and cake.

Looking back on it now, I’m struck by two things to do with people and time. Firstly, the Shoot audience didn’t really have much time to stop and talk, as there was too much really great work to go and see at the festival (which also meant that we got to see none of it, because we were so busy talking!) and secondly, the shoppers had plenty of time to stop, and welcomed the chance for a break and a conversation (plus, of course, the free tea and cake). At points, it felt like we were providing some kind of cultural service, just by providing the space and an excuse to pause.

This time, we used Lauren Heywood’s “Read the Future of the City” playing cards, inviting people to choose cards as a prompt to discussions about the city and it’s future in relation to the bid for City of Culture 2021. There were some quite poignant moments as we shared personal insights into the lives and thoughts of the people who stopped to talk: teenagers, students, parents with young children, older people, shoppers, traders, passers by.

We heard positive thoughts about the city and how much it offers for those with young families who have the means and mobility to make the most of it, but also of the need for more looked-after open spaces, further out in the neighbourhoods, from those who couldn’t believe their luck at being given coffee and cake and a sit down and a listening ear. We had conversations about forgetting, neglect, winding down, disinvestment – and were thanked for bringing this kindness to a place that feels it’s been left behind.

The space to pause that The Cart created not only allowed people to put their thoughts into words, but showed us how willing people are to find common ground with each other. I found myself marvelling at the openness and friendly animation of an unlikely conversation – between a Catholic grandmother, a student from London and an autistic man (these were their own descriptions) who found so much about Coventry, and life, to agree on. Being able to have conversations with total strangers with whom, on the surface, we may seem to have little in common, is something pretty rare these days – but it’s vital in helping us to make connections, to better understand the world and our place in it. And maybe the kindness (and free cake) helps? Makes us a little more receptive, a little more understanding, a little more willing to get on with people. Perhaps this is conversation as an act of cultural kindness.

We’ll get as many of the conversations written up as possible in the next few days…weeks! Here’s a taster of some of the words chosen: 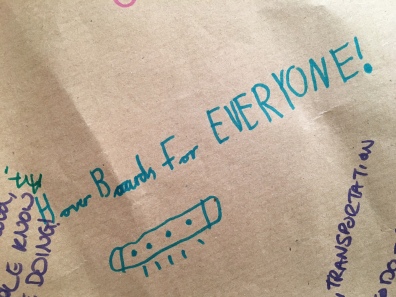 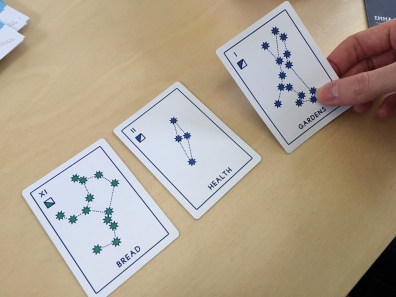 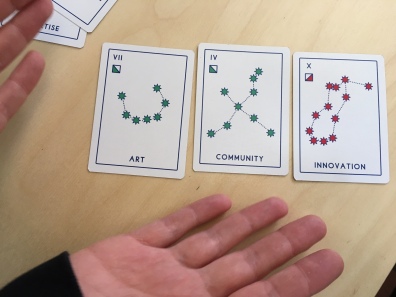